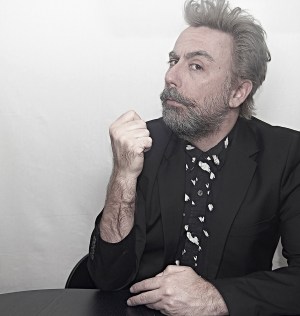 Stephen Prescott is the host and creator of A MadMan with a Box. His deep rooted anglophilia can be traced directly back to watching PBS and catching sight of a strange man with a giant grin and impossibly long scarf. He started the podcast and website because he couldn’t find anyone to talk with about Doctor Who, but never knew it would introduce him to some of his closest friends. He is also an avid costumer, having a passion for fashion that started at a young age. He is quite proud of his 11th and 12th Doctor costume collections which contain some incredibly rare and screen accurate items. 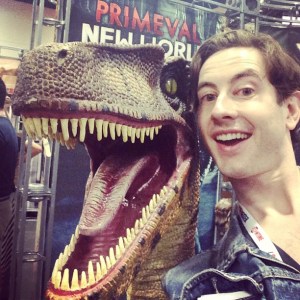 Ewan Anderson is a frequent co-host and contributor to A Mad Man With A Box. The first Doctor he remembers watching was Tom Baker, despite being born during the Peter Davison era, and finally being old enough to watch during the Sylvester McCoy era, but his Doctor is Matt Smith. It’s all a bit timey-wimey. He built his own TARDIS and will tell anyone who’ll listen that Harry Styles should be the 13th Doctor. 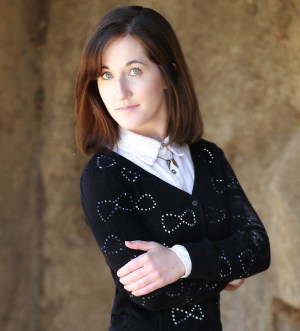 Lauren Bancroft, a tough guy with a heart of gold, originally hails from New England. After moving west to continue performing stand up, Lauren has picked up sketch and improv comedy as some of her favorite things. But when she isn’t making people laugh or podcasting up a storm, she’s talking or writing about Doctor Who. Lauren has made a name for herself in the community as both and avid Clara Oswald cosplayer and a contributor to Nerdist.com‘s Doctor Who Companion Show. Turn-ons include meticulously folded laundry and anyone who can refer to Doctor Who episodes by title.
Twitter: @bancroffed
Instagram: @bancroffed